The roots of our club

are in the Cafe Katzer in 18. district in the Währingerstraße , where the club was founded on 1. April 1892.

1912 the club was founded again in Cafe Lang in the Margaretenstraße.
1931 the club joined the austrian foundation (at this time ÖABV - today BSVÖ).
After this we were in the Schwedencafe (Cafe Palace, Rotenturmstraße) since 1938,
then in the Alserhof (edge Langegasse / Alserstraße). 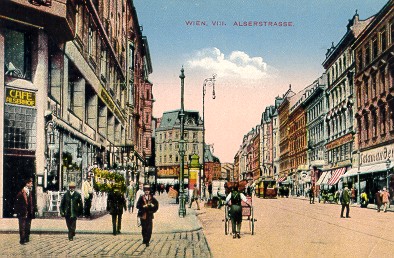 Then the new location in Cafe Elsahof, 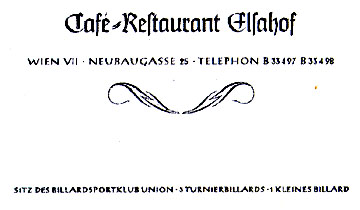 after this in Cafe Wunderer, where we have been until end of 1995.

At 1. january 1996 the club located to his current pub, the Wiedner Billard Center at Rechte Wienzeile 35 in 4. district. 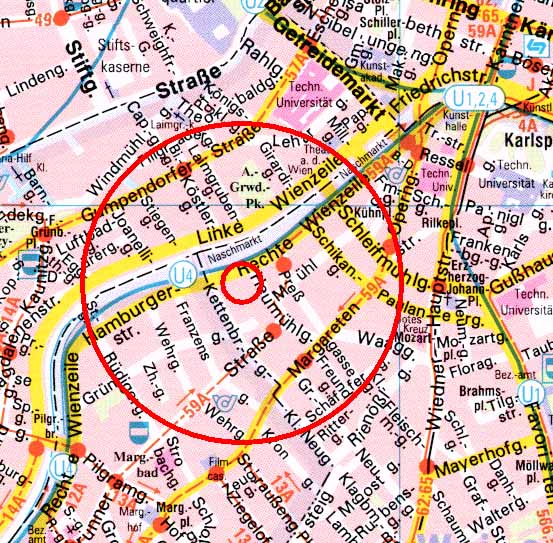 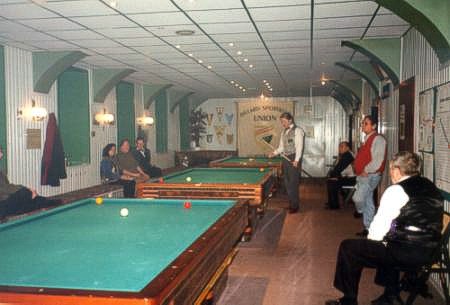 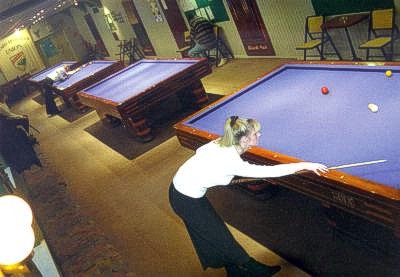 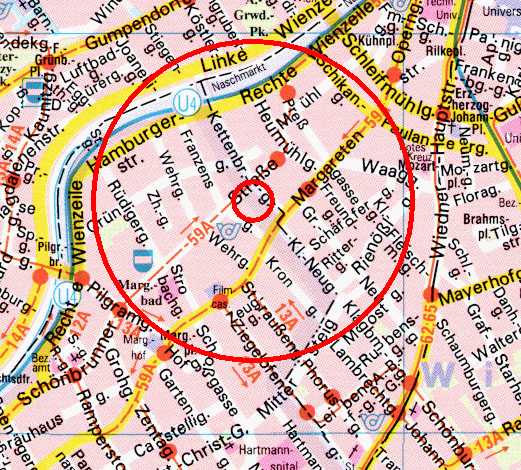 But the owner found another meeting place in the Franzensgasse 5, where the club was located until 2009. 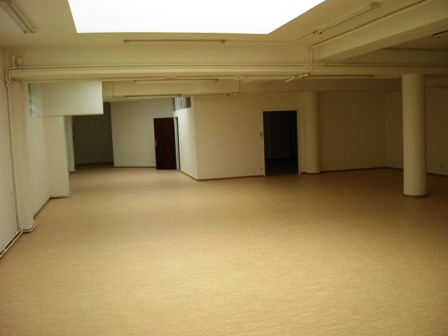 Then the club changed back to the Billardcafe Royal in Kettenbrückengasse 7.
In 2011 Werner Proske took over the Cafe and made an Irish pub, the ´Irish Pub Wien´.
In 2012 he rebuilded the Pub and named it ´The Golden Harp II´. 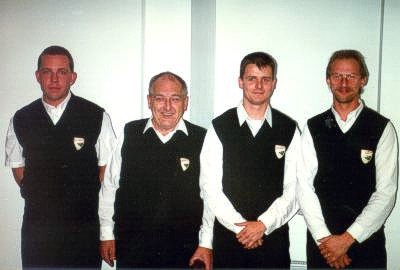 BSK-Union I with Gerhard Kostistansky, Johann Scherz, Andreas Effler and Reinald Bastl , the winner of the austrian 3-cushion-team-championship 1996/97. 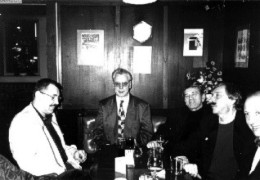 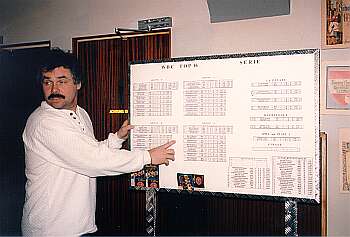