Because we are a very old club (the 2nd in europe) we looked what has been at the time the club was founded:

1873: World exposion vienna. Instead of the civic liberalism the municipality came under control of the christian social party of Karl Lueger after 1890.
Vienna became a world-metrolo under Lueger.

1885: First telephone communication in austria between vienna and brno;
Auer von Welsbach invented the "glow-stocking" for the gas glow light

Reorganization of coins in austria: the new unit, the crown (gold currency), is tiled in 100 Heller and was equated half a Gulden.

"Twofederation", name for the french-russian alliance, which was founded because of the exchange of notes in Aug. 1891 and the military convention of 17.8.1892.

Knaus-Ogino-Method [based to the gynaecologists H. Knaus (1892-1970, austria) u. K. Ogino (1882-1975, japan)]: for contraception and familiy planning applicable, based on calculation of ovulation method for determination of prolific and infertile days of a woman (Med.).

Tito, Josip Broz, eigtl. J.Broz, gen. T., *)Kumrovec bei Varazdin 25.5. 1892, )Ljubljana 4.5. 1980, Yugoslav marshal (sice 1943) and politician. Orig. social democrat, since 1915 communist; emigrated 1934; 193638 activ for republic in span. civil war; since 1937 general sekretary of KPJ. Since 1941 T. organized the partisan fight in Yugoslavwia against ger. and italian occupation; became president of Antifaschist. Rates der Nat. Befreiung 1943; since 1945 premier and minister of defence, since 1953 chief of the state. After turning away from Stalinism 1948 he followed his own way to socialism (Titoism); in domestic politics abroad recognized figure for integration, in internat. politics one of the spokesmen of Non-Aligned Nations.

Gulden (vernacularly Gülden), numismat. term with varied interpretations: e.g. 1. orig. Goldgulden; 2. Silvercoins of same value; 3. Account-G. with various value, which sometimes were uncoind  The Gold-G. has been coind first in 14.century as imitation of the florentin. Floren (since 1252). The silver G.groschen have been coined since end of 15.century, the silver Reichsguldiner 1524, 1551, 1559 (Guldentaler as 60 Kreuzer). In S-germany existed a consistent G.currency since 1837. In the German State the Mark won recognition against the G. after 1871. In Austria the silver-G. kept in official notation as twocrownpieces after 1892. In Netherlands from 16011967 the silver-G., since then in copper nickels alloy; 1973 without goldbond.

Emperor Franz Josef wrote in a letter about his wife Elisabeth in 1892:

"... I want it to articulate, because I don´t know how to show, it also would bore you, if I showed, - how unendingly I love you." 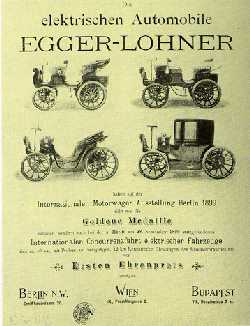 1919: The crown has only a third of the value of peace